We shall not cease from exploration 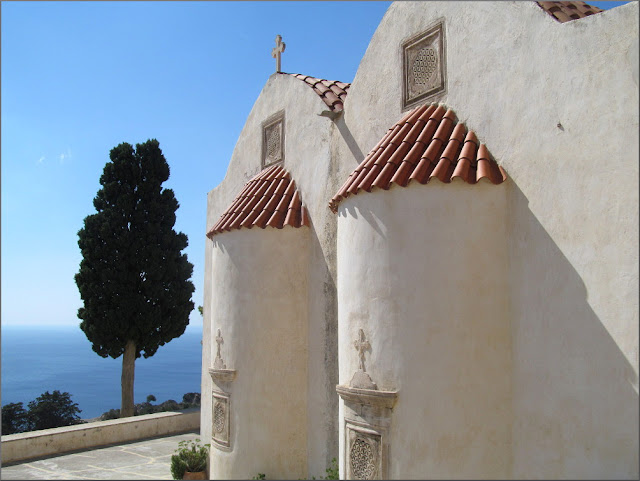 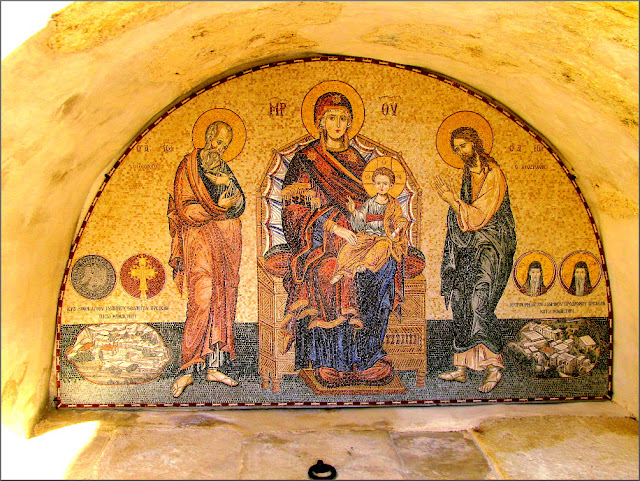 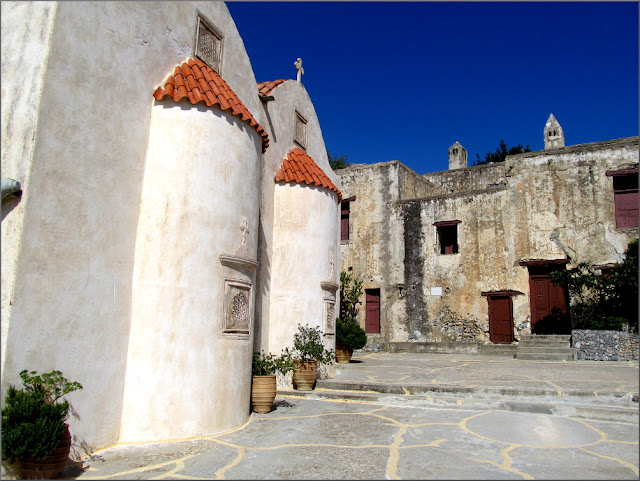 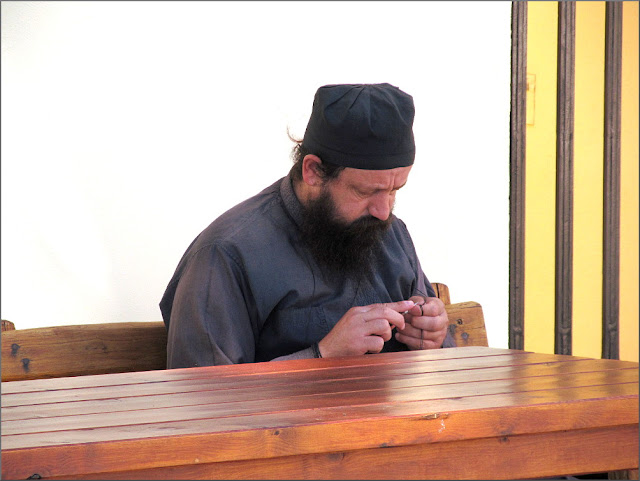 My photographs show the Monastery of St. John the Theologian at Preveli which I visited on my recent travels on the south coast of Crete. As explained in an earlier post, on this trip noise cancelling headphones provided me with a concert hall without walls. On my playlist was Vangelis' Rapsodies, an album I chanced upon during recent explorations of arcane electronica. Rapsodies is loosely based on Greek Orthodox liturgical chant and was the second album Vangelis cut with Irene Papas providing vocals. Better known as an actress, Irene Papas' credits include The Guns of Navarone, Michael Cacoyannis' Zorba the Greek and Costa-Gavras' legendary Z. One of her final screen appearances was in 2001 in Captain Corelli's Mandolin. 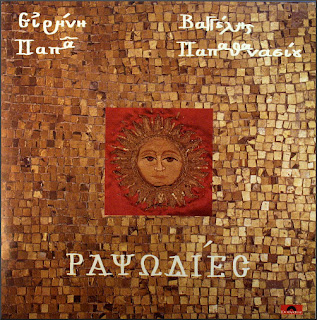 Rapsodies was released in Greece four years after it was recorded in 1982 and had to wait until 2007 for a pan-European release. Polydor's hesitancy in marketing the album reflected a justified nervousness about its merit. There is good music, bad music, and music worth exploring despite its flaws, with Rapsodies falling into the latter category. Some explorations open new vistas, others end in blind alleys. But exploring music's blind alleys is more worthwhile than succumbing to the herd instinct of the the online zeietgeist. Because to misquote Carl Nielsen, listening to something different, indeed something bad, instead of constantly going around in deedless admiration for the conventional, can provide fresh perspectives on the familiar. As T.S. Eliot explains in Little Gidding:


We shall not cease from exploration
And the end of all our exploring
Will be to arrive where we started
And know the place for the first time. 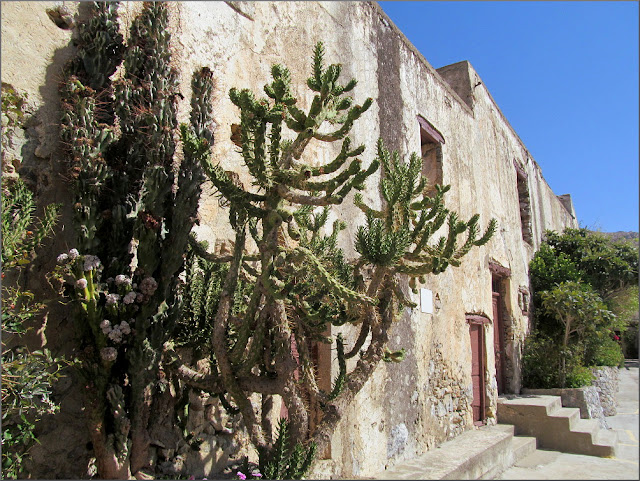 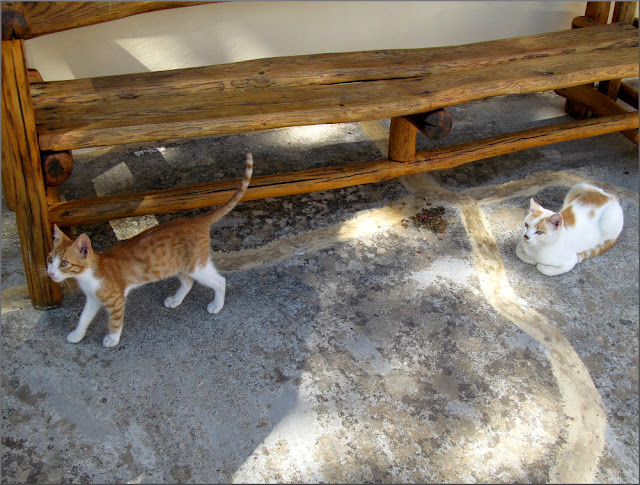 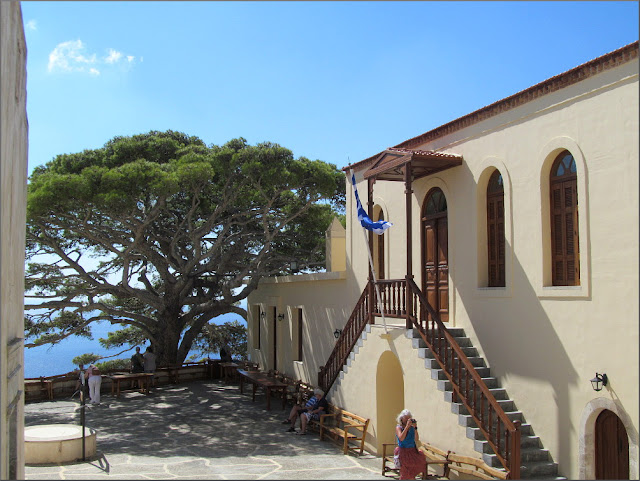 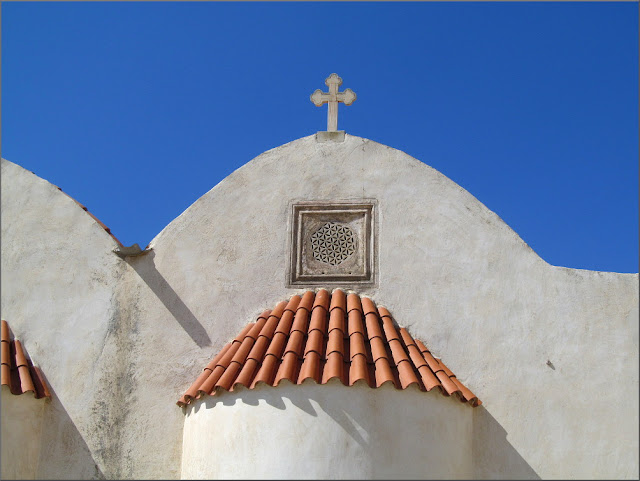 My thanks go to Panos in Agios Nikolaos, whose invaluable online music store led me down this path. I do not have social media accounts. But new Overgrown Path posts are available via RSS/email by entering your email address in the right-hand sidebar. Any copyrighted material is included for critical analysis, and will be removed at the request of copyright owner(s).

Pliable said…
The role of Preveli Monastery in the resistance against the Nazis in the Second World War should be highlighted - http://www.preveli.org/files/battle/en20.htm
11:21 am