There is no doubt that the days of the music blog are numbered. First, in recent weeks we have seen the sad but honourable retirement of the erudite Gavin Plumley's Entartete Musik and the irrepressible Pierre-Arnaud Dablemont's Journal. Now I find myself agreeing with Norman Lebrecht for the second time in a few days. First it was over the BBC's 'Madame Tussauds' Proms photo. Today it is about the resignation of BBC Trust chairman Chris Patten, who Norman describes as "bumbling through recent crises, weakening the corporation in both leadership and morale". There is no better example of Patten's bumbling than the speech he delivered when his ineffectual director general appointee George Entwistle was forced to resign - "This is, undoubtedly one of the saddest days of my public life". If you can keep you breakfast down watch the video here. Any serious illness is a tragedy, irrespective of the person's weakness in public life. So I wish the outgoing BBC Trust chairman a speedy recovery from heart surgery. He need not fear for his future when he is recovered. Because, undoubtedly, there is a safe seat waiting for Lord Patten alongside his establishment cronies on the board of Aldeburgh Music.

Header image comes via, of course, the Suffolk Coast website. Any copyrighted material on these pages is included as "fair use" only, and will be removed at the request of copyright owner(s). Also on Facebook and Twitter.

Pliable said…
Am I the only one that finds the absence of coverage on the BBC news website of BBC director general Lord Patten's resignation puzzling, not to say sinister?

Because we will never again sow division 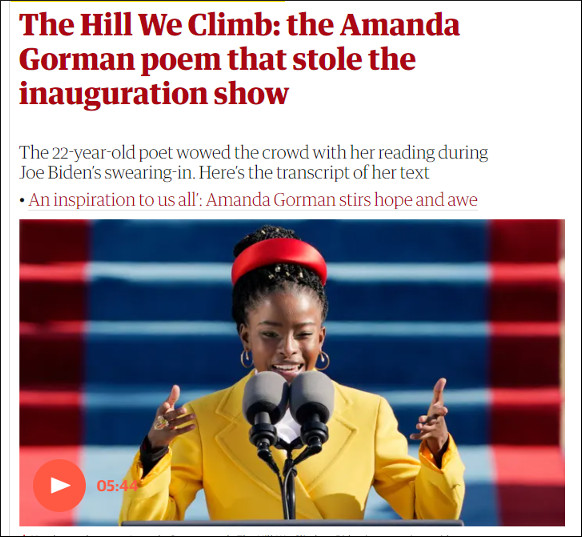 We lay down our arms so we can reach out our arms to one another. We seek harm to none and harmony for all. Let the globe, if nothing else, say this is true: That even as we grieved, we grew. That even as we hurt, we hoped. That even as we tired, we tried. That we’ll forever be tied together, victorious. Not because we will never again know defeat, but because we will never again sow division. Extract is from poem recited by Amanda Gorman at the inauguration of US President Joe Biden. Report on civilian collateral casualties caused by Coalition airstrikes in Iraq via this link . When will they ever learn ? New Overgrown Path posts are available via the link at the top of the page. Any copyrighted material is included for critical analysis, and will be removed at the request of copyright owner(s).
Read more

Today's Guardian reports the attempted suicide bombings at UK airports under the headline ' A plot to commit murder on an unimaginable scale' . Any attempt to take human life is abhorrent, and thank heavens the alleged plot was foiled. But let us not forget that killing on an unimaginable scale by aircraft is not the monopoly of any one ideoology. ' As German fuel supplies dwindled in the autumn of 1944 and into the final months of the war, aircraft were grounded, tanks halted, training for replacement pilots could not be maintained, and most of the new and highly effective Messerschmitt 262 jet-fighter aircraft (photo above), of which over 1,200 had been produced by the end of 1944 and which might have considerably prolonged the war, had neither fuel to fly nor trained pilots to fly them. The ME 262s were anyway extremely fuel-hungry aircraft, and those that went into action had to be towed to their end of their runways to conserve fuel, cows were used to do the tow
Read more

The truth about those French orchestras

My article reporting Claudio Abbado’s negative views on French orchestras certainly generated a lot of attention, including a response from Parisian Antoine Leboyer which corrected the myth that Abbado hadn’t actually conducted a French orchestra. Too much attention is given to British and American orchestras here On An Overgrown Path and elsewhere, and I was delighted when Antoine offered to give an inside view on the musical health of the French capital. So here is a guest blog from Paris with the truth about those French orchestras that Claudio Abbado and Daniel Harding love to hate: Let us put things in perspective with a few words on French orchestras. Abbado may not have had the best of experiences, and he may still not find it perfect today but things are improving. Paris has many orchestras (I do not know those outside Paris well, and cannot comment on them; I do have regards for the Lyon Orchestra which played some great concerts when David Robertson was their music direc
Read more

Quite simply glorious music - and what is wrong with that? 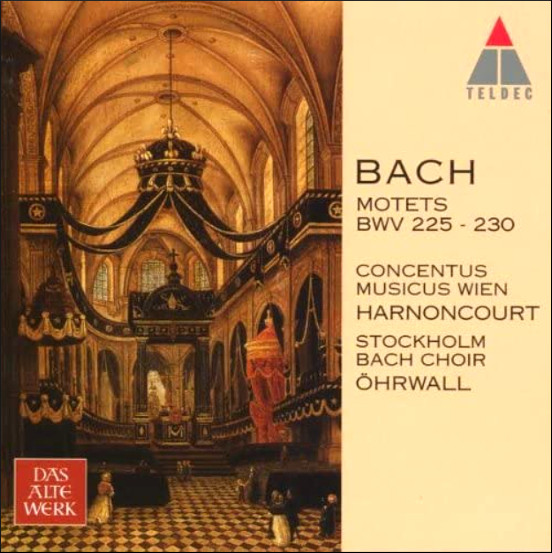 Classical music in the UK has become a silly and dangerous boxing match. In one corner are the virtue signallers who advocate any music which ticks the right boxes, irrespective of its merit . In the other corner is the growing anti-woke movement feeding off the click-bait power of alt-rightism . And enthusiastic support for this unseemly struggle comes from the blame-everything-on-Brexit claque . I was reminded of how this leaves much glorious and moving music relegated to the sidelines when listening last night to Nikolaus Harnoncourt's recording of Bach's Motets BWV 225-230 with his Concentus musicus Wien and the Stockholm Bach Choir. All the emotional power of the Passion's is contained in these relatively brief and overlooked masterworks. Great music like this can speak so eloquently when it is not drowned out by the unhelpful outpourings of our cultural commentators.  New Overgrown Path posts are available via RSS/email using the link at the top of the page. An
Read more 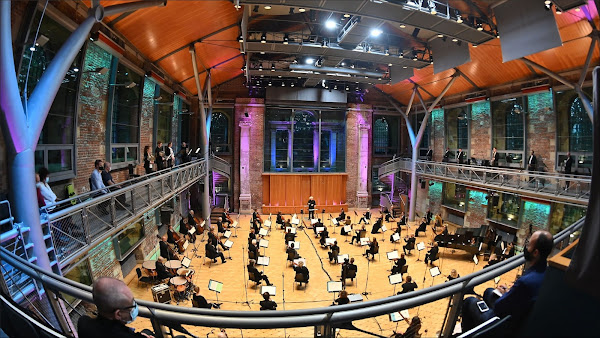 When listening to BBC Radio 3's broadcast of Berg's Violin Concerto and Schubert's Ninth Symphony with Simon Rattle, the London Symphony Orchestra and soloist Leonidas Kavakos, I was struck by how engaging the sound was. Engaging is not the same as life-like, and the sound captured in LSO St Luke's - a repurposed 18th century Hawksmoor church - was not what would be heard in a conventional concert hall. But the separate voices - both sections and soloist - within the orchestra could be clearly and separately heard, without compromising the overall integrity of the sound picture**. If I can find a word to describe the sound it was 'commercial'. In this context I am not using commercial as a pejorative; but as a description of a sonic experience likely to engage ears attuned to recorded sound from beyond the classical world - and that is classical's target market. If classical music wants a wider audience, it must engage new listeners. So it is difficult
Read more

Becoming a great conductor is the ultimate trap 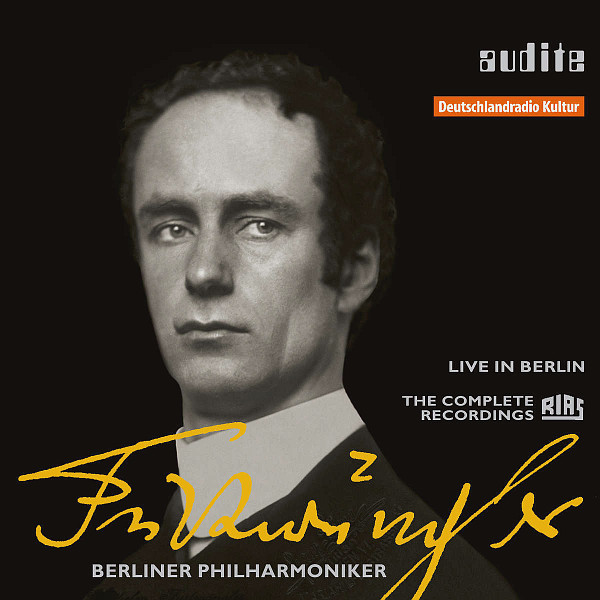 Attention focused by the #MeToo movement on high profile conductors including Daniele Gatti and Charles Dutoit has once again raised the question of whether alleged activities away from the podium should negate the value of what a musician achieves on the podium. This is certainly not a new question; but in the past it was ideology rather than intimacy that blighted musical legacies ; with Wilhelm Furtwängler, Herbert von Karajan, Hans Knappertsbusch, Karl Böhm and Clemens Krauss among those whose reputation suffered due to ill-advised political dalliances . Classical music is a transcendent art, so it is no surprise it shares with spiritual teachers a history of debunked leaders. Among the many spiritual leaders who have been found to have toes, if not feet, of clay are Cardinal Donald Wuerl , Bhagwan Shree Rajneesh , Chögyam Trungpa and Shimano Roshi . But in a memoir touching on the life of the controversial mystic and Sufi teacher Reshad Feild , author Bruce Miller makes th
Read more