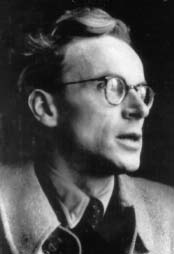 During the period between Martin Luther and Johann Sebastian Bach the chorale developed from congregational hymn to high art form. After Bach the vocal chorale lost favour, although Mendlessohn, Schumann, Brahms, Reger and others introduced it into the concert hall. But the 20th century saw a short-lived choral revival with composers such as Ernst Pepping, Hugo Distler (left) and Kurt Thomas once again setting chorales for voices.

The story of Hugo Distler is a tragic one. He was born in Nuremburg in 1908, and attended Leipzig Conservatory as a conducting student before switching to composition and organ. He taught at the School for Church Music in Spandau before being appointed professor of church music in Stuttgart in 1940. He produced a small body of progressive and technically demanding compositions including fine chorale settings. Distler was a profoundly religious man who was deeply disturbed by the escalating war which brought the horrors of bombing raids and the loss of many friends and colleagues on active service. Creative artists respond in different ways to despotism and war. Furtwängler, Karajan and Schwarzkopf fraternised, Britten fled to America (only to return), and Tippett went to prison as a conscientious objector. (Do check those links, they are not the usual biographies). The Nazis stigmatized Distler’s compositions as ‘degenerative art’, and when he received his conscription papers he took his life by gassing himself. He died in Berlin sixty-four years ago today, on 1st November 1942. Hugo Distler was just 34.

For more on Hugo Distler follow this link, and to hear an associated four minute audio programme click here -

Now playing – Hugo Distler’s setting of Philipp Nicolai’s Chorale Wie schon leuchtet der Morgenstern (How beautifully shines the star of morning) from the fascinating CD The Art of the Chorale which combines chorales sung by the Memphis Boychoir and Chamber Choir with organ settings played by John Ayer. (Pro Organo 7064 now deleted). Nicolai’s chorale has also been set for organ by Telemann and the American Paul Manz.

Now read about the how music, and culture, regenerated after these terrible events in Music rises from the ruins of Berlin
Any copyrighted material on these pages is included for "fair use", for the purpose of study, review or critical analysis only, and will be removed at the request of copyright owner(s). Report broken links, missing images and other errors to - overgrownpath at hotmail dot co dot uk

Unknown said…
Having workd in Classical music, UI did not know of this man. Thanks for the post!
9:29 pm 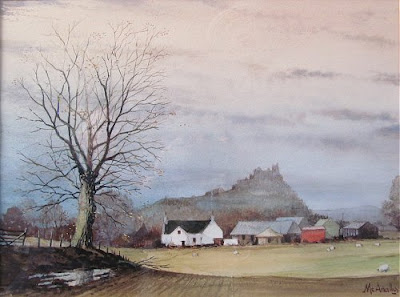