There is one more idol to break 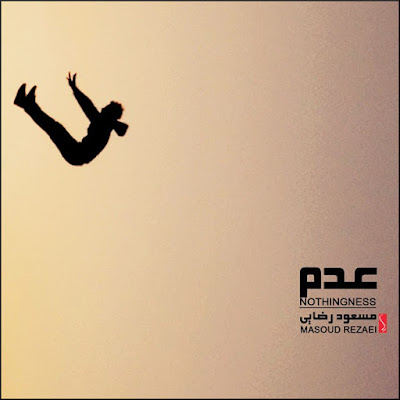 Let the tired, roving caravan
That's going nowhere, stop.
It's time to become absent, become bereft
It's time to receive the one who never left.
Clouds upon clouds of thoughts and sensations
Arise from the minds of numberless men
Filling the air like puffs of dust
Stricken, frightened humanity
Choking on its own polluted breath
The world is a temple teeming with idols
So many gods, so many selves
So many idols for us to break
But, break as many idols as you may break
As long as you exist as a self
There is one more idol to break

That poem comes from Ali Ansari's 'Sufism and Beyond'. Ali Ansari, who was born in India and now lives in the States, is a writer, poet and engineer. His though-provoking book, which is subtitled 'Sufi Thought in the Light of Late 20th Century Science', explores the neglected borderlands between spirituality and science by fusing Ibn 'Arabi's concept of waḥdat al-wujūd - oneness of being - with the Buddhist teaching of anattā - no self. It focuses on the danger of applying scientific reductionism to incorporeal states, a salutary warning as binary technologies are the ultimate expression of Cartesian reductionism. As long as you exist as a selfie, there is one more idol to break...

Suggested listening is the album 'Nothingness' from composer and setar (Persian lute) virtuoso Masoud Rezaei, who was exiled from Iran and now lives in Los Angeles. In the sleeve essay Masoud Rezaei explains how its "musical outlook... is an observation free from the restrictive elements so as to create a liberated and fluid atmosphere". In other words he asked that vital question - does it serve the music or does it serve the ego?

No review samples used in this post. New Overgrown Path posts are available via RSS/email by entering your email address in the right-hand sidebar. Any copyrighted material is included for critical analysis, and will be removed at the request of copyright owner(s).

Unknown said…
I am sure you have said this before, Bob, and the answer is probably too complicated for a short reply, by WHY isn't streaming part of your regime? Navigating around stupid assumptions about what you want to listen to next? I get that, but one can. Audio quality? I get that too, but it'll improve and has in many cases, and I am not an audiophile anyway. Lack of sleeve material? I get that totally, but if you are already somewhat educated, it matters less, and there are other ways of adding visual, tactile and textual elements to the experience of listening to recorded music: having books around one, having a good computer screen etc.
9:41 pm