Where have all the protest singers gone? 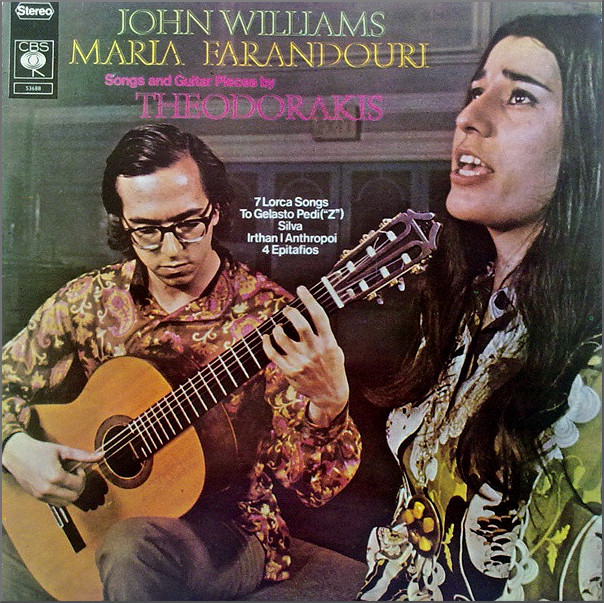 That 1971 CBS LP is a classic of the gramophone. It includes Mikis Theodorakis' setting of Brendan Behan's verse used in Constantin Costa Gravas' legendary film Z, which protested against the despotic regime of the military junta that held power when the album was recorded. Mikis Theodorakis was imprisoned by the Greek military dictatorship for his activism. Maria Farantouri (which is the usual transliteration of the Greek, rather than Farandouri as on the record sleeve) went into exile when Theodorakis' music was banned after the 1967 military coup. Because of her political engagement Maria Farantouri was known as 'the Greek Joan Baez', and by performing Theodorakis' songs around the world she nurtured international resistance to the military dictatorship in Greece .

This is just one of many example of how protest music contributed to political change. Today the need for political change is as urgent as ever; however the protest singers have fallen silent. Instead protest has migrated to social media, with serial anti-Brexit and anti-Trump tweeting and Facebook ranting replacing protest music. But the messages are reaching the wrong audience. The protests of Maria Farantouri and countless others were powerful because they reached a general music-loving audience. Protesting on Facebook and Twitter is preaching to the converted: because highly sophisticated algorithms ensure the message only reaches a narrow audience specifically selected for holding the same views as the messenger. Social media may well be an almost inescapable part of 21st century life. But when will otherwise intelligent people realise that ranting about Brexit and Trump online is the same as peeing down your trouser leg when wearing a dark suit - the result is a nice warm feeling, but no one else notices.


Where have all the protest singers gone?
Gone to social media, every one...

New Overgrown Path posts are available via RSS/email by entering your email address in the right-hand sidebar. Any copyrighted material is included for critical analysis, and will be removed at the request of copyright owner(s).